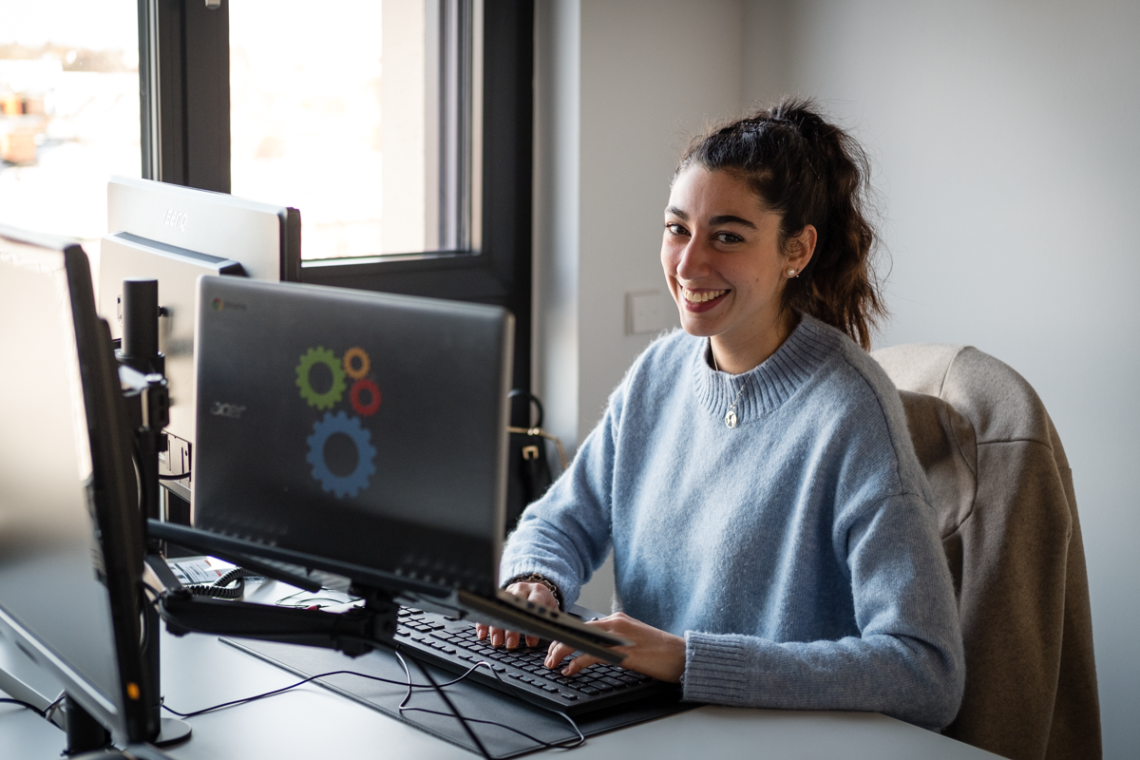 Aitana, the stage is yours:

In September 2019, after deciding to join the Master in Innovation & Management in Tourism at the FH Salzburg, I moved my whole life from Barcelona to Salzburg. With the Master’s Program being part-time, I started to look for a job in the area of hospitality and tourism as soon as possible. I dreamed of a job which would allow me to follow my studies successfully, as well as give me insights into the industry I was going to be part of, once my Master is accomplished.

At University, I heard a lot about hotelkit, a young company hiring several students from the FH Salzburg. End of October, I found out they were looking for support in the sales department for the Spanish market. I decided to give it a try. A few days later, I first stepped into the hotelkit office for my interview. It became pretty clear why people at school were praising it so much.

The office fills you with good vibes. The social area with its mini ping pong table gives you the feeling you just entered a huge living room and then you get to see each department, all in an open-room concept. Not to forget the plants, which are all over the place giving such a good atmosphere to the office (and they are really taken good care of by the hotelkids).

To my biggest pleasure, I got the job as a Sales Development Representative for the Spanish market. You know this terrible feeling you get when you start a new job, step into the office and realize that nobody is expecting you… Well, this was the exact contrary! It’s like everyone knew I’ll be there on that day, welcoming me with warm greetings and smiles. The onboarding process went really smooth. Alex (Head of Operations) and the HR Team had everything prepared in advance for that day. Starting from an office tour, introducing us (the new batch) to the team and showing us our “assigned” workspace.

A box waiting for me on the desk was the icing on the cake. It contained everything I would need for my job and much more such as goodies and hotelkit merchandise. Later, after a good coffee in the social area (the company supports local producers), we were shown the software we’ll use for our daily work – teamkit. So basically, the company uses its own software, which is pretty cool. Even though it was a pretty big information load on the first day, we felt well supported by Alex and the HR team the whole time.

Furthermore, as it couldn’t be any different at hotelkit, I was assigned a checklist (via the software of course) of “tasks” to accomplish during the first days to get familiarised with the company, their way of working and with the new colleagues. That was of big help, as it permitted us to fully land in our new working place with all the information required, both, about hotelkit itself and about our future tasks.

Last but not least, a “buddy” was assigned to me. A buddy is a veteran in the company who is there for you, whether you need help, want to share a coffee or to organise the buddy event! This concept really helped me to feel “safe” in the middle of this yet unknown world. As for the buddy event, which is a tradition at hotelkit (your buddy and yourself organise an activity, lunch or whatsoever for the entire team which is financed by the company), it did not work out for me yet because of Covid-19.

But wait, that’s not all! Shortly after I began, I got the opportunity to join team Spain to go to FITUR 2020 in January, one of the most important tourism fairs in Spain. Three busy days representing the company at its best. That was one of the greatest opportunities I had so far, as a student to deepen in the industry first-hand and to learn about hotel-tech.

Sadly for everyone, mid-March arrived and you know the rest… The company was right in the middle of the ITB Berlin preparation storm. In fact, they had already built their stand and launched their brand new hotelkit website for the occasion. And the news we all feared popped up in an email on a Friday afternoon. Imagine, Friday afternoon at around 5 pm, when the team is supposed to travel to Berlin the next day… However, the team reaction was well managed. I could keep on writing forever but the marketing team told me to keep it to 900 words. 🙂 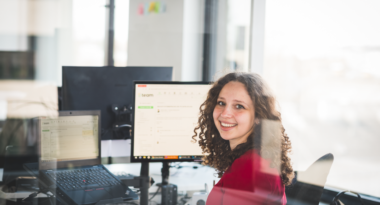 Sophie started her career at hotelkit two years ago as Sales Development Representative for the French market. A few sales trips, countless appointments, and a ton of experience later, one thing became crystal-clear to Sophie: This was not exactly where she wanted to be. No problem, because at hotelkit, only the sky's the limit. Sophie very quickly found herself in a new position in which she can now give free rein to her creativity and linguistic talent.

Our social media guy has recently embarked on a new journey: to be the hero of his newborn, Lara. And what better way to start his mission than being “home alone” for two months, so Lara’s mummy can fully focus on her return to work. And since he is always on the lookout for new content, he has written an article on the topic - which for some, still isn’t a common thing - paternity leave. 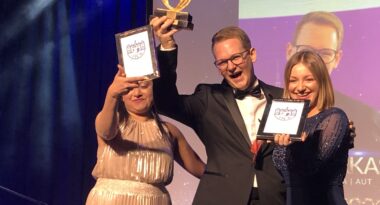 9 questions to the world’s best receptionist

Nikola Farkas from the Hotel Sacher has been named the best receptionist of the world. The twenty-two-year-old is the very first receptionist from Austria to bring home the David Campbell Trophy which recognizes exceptional excellence in the hospitality industry.