As Germany’s largest hotel, it is natural that the Estrel Berlin faces some challenges. The implementation of hotelkit aimed to improve the coordination and efficiency of the building services and guest request functions. The results of the 30-day test phase were immediately convincing.

The Estrel Berlin is known far beyond the city limits: as Germany’s largest hotel, it accommodates thousands of people every night. The modern 4-star-plus hotel receives additional visitors thanks to its in-house conference center, and a show stage that hosts performances by some of the world’s best cover bands. The challenge lies in the details, a huge amount of coordination is required to enable 550 motivated employees to stay on top of the daily operational processes.

The management team had a clear idea of whatthey required from a new, digital employee portal: they were dissatisfied with the internal intranet containing the standard operating procedures and important information from every department, and were looking for a dynamic
replacement. Front Office communications also needed improvement to ensure that information did not go astray, especially with shift handovers.

hotelkit is a fantastic, dynamic solution that allows us to involve each and every employee while simultaneously optimising operational processes digitally.

In addition, the management team wanted an easier way to assign responsibility of incoming guest requests, in order to enable the relevant employees to fulfill these requests without delay. The 22 person building services team desired more transparency and a clearer division of responsibilities. One particular challenge here was the documentation of repairs, because this is far from easy to implement in a hotel with 1,125 rooms and a surface area of 30,000 square metres.

During the set-up process, the software was customised in various ways. Employees’ personal profiles were uploaded to hotelkit, and each employee was assigned to the relevant groups within the network (e.g. by department, responsibilities, projects, internal committees). In addition, all rooms, event rooms, and service areas were captured and stored as locations within hotelkit. This allows repairs and guest requests to be assigned to exact locations within the hotel. With the support of the hotelkit team, the content of existing instruction manuals from the Estrel intranet were also incorporated, in order to create the foundational knowledge base.

During the 30-day test phase, 100 employees from the Front Office, Building Services, Housekeeping, and all managers, were given an introduction to hotelkit’s functions.

All processes during the test phase were carefully documented and compared providing consistently positive results. The Director of Building Services for the Estrel Berlin, Stefan Kranhold, explains: “The results were clear, as my team was able to significantly improve their efficiency, carrying out 800 repairs in 30 days. The team was already equipped with smartphones prior to the introduction of hotelkit. Now, however, employees are no longer interrupted by phone calls during their work processes; instead, they are informed about new assignments via push notifications. The notifications inform them not just about the nature of the damage, but also its exact location. These days, we manage to deal with 77% of damage reports within 24 hours!”

The software is also a great partner for new ideas, and helps us to constantly increase our usage.

However, with the addition of this hotel giant, hotelkit was also faced with new challenges, as Ms. Herfurth, Assistant Managing Director of Estrel Berlin, describes: “Every month, we log about 1,050 assignments dealing with repairs and guest requests. In these areas, we needed to make sure that nothing was missed, and also that no duplicate entries were made. hotelkit has quickly responded to these topics with new features. In addition, a new dispatching function has been introduced. Now, the Head of Building Services receives notifications of all newly logged repair jobs, which he then passes on to members of his team, depending on their workload.”

Efficiency in fulfilling guest requests has also improved since hotelkit was introduced. 55% of guest requests are now fulfilled within 30 minutes of being logged. Moreover guest requests are recorded in hotelkit and distributed to the relevant employees in the Housekeeping & Concierge department, meaning that they no longer get lost, and everyone knows exactly what they are responsible for.

Germany’s largest hotel was looking for a dynamic alternative to its existing intranet, and found it in the form of hotelkit. Today, hotelkit provides not just the hotel’s central knowledge base, but also excellent support functions for many daily routines.

“Conferences, accommodation, entertainment – everything under one roof” is the motto of Estrel Berlin, Europe's largest hotel, conference and entertainment centre. Consisting of the multifunctional Estrel Congress Center, the 4-star plus Estrel Hotel (also Germany’s largest hotel, with 1,125 rooms), as well as the year-round entertainment programme at the Estrel Festival Center, the concept of the Estrel Berlin has established itself at the national and international level. 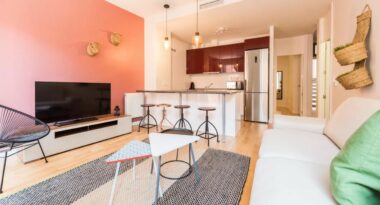 Efficient coordination of multiple apartments in different parts of the city 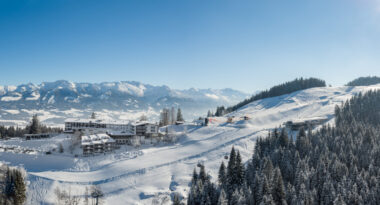 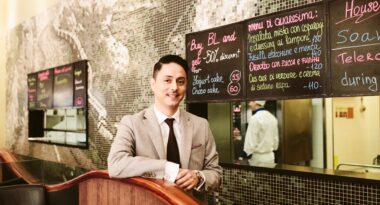