Sophie started her career at hotelkit two years ago as Sales Development Representative for the French market. A few sales trips, countless appointments, and a ton of experience later, one thing became crystal-clear to Sophie: This was not exactly where she wanted to be. No problem, because at hotelkit, only the sky's the limit. Sophie very quickly found herself in a new position in which she can now give free rein to her creativity and linguistic talent. 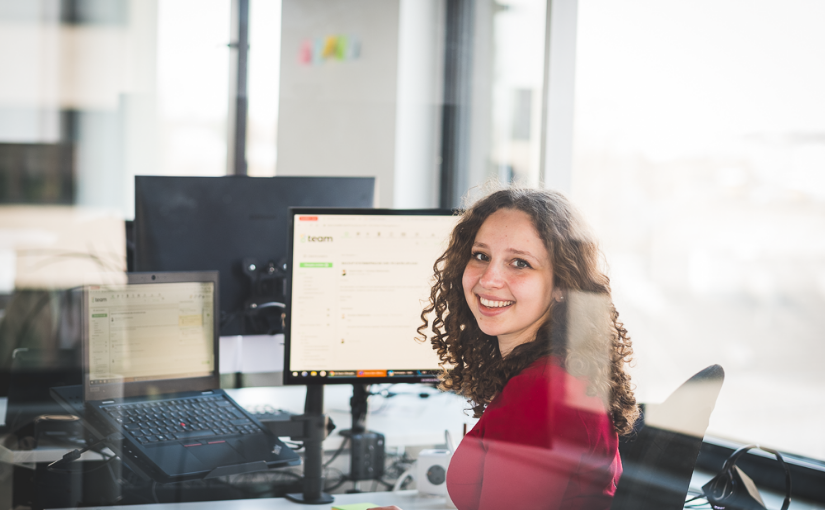 How it all began

As part of my “Vorwissenschaftliche Arbeit”, a final research project at the end of my high school career, I took a closer look at startups. I was intrigued by the innovative, modern spirit of this branch of industry. It was clear to me from then on that my future workplace would one day be there. During my research, I also came across hotelkit, this cool, clever product for hotels made by a young software company that had already positioned itself on the international market. I knew right then and there where I wanted to be headed.

Lo and behold, not much later I was in contact with Alex, Head of Operations at hotelkit. At the time, I was eager to pursue a job where I could use the French skills I had acquired during my year abroad after graduating from high school. I couldn’t believe my luck when I learned that hotelkit was looking for someone with those exact qualifications. Then everything happened very quickly. After a rather unconventional but all the more enjoyable job interview at the Trumerei – a bar, basically, as there simply wasn’t enough room in the office at the time – I had landed a role as Sales Development Representative for the French market at hotelkit. That was exactly two years ago.

Looking back, one thing I can definitely say: There is never a dull moment at hotelkit! My first few weeks at hotelkit were like one big adventure. One month in, I traveled to Paris with my colleagues to promote our product at a trade show. It was all exciting, unfamiliar, challenging, but most of all full of new experiences. I had to chat to all kinds of people about our software in my third language, which I had only really learned myself. However, it’s true what they say: Life begins at the end of your comfort zone. Overcoming these initial hurdles accelerated my learning process immensely. Soon I knew the ins and outs of the hotelkit software and everything about the needs of the French market.

As part of my “Vorwissenschaftliche Arbeit”, a final research project at the end of my high school career, I took a closer look at startups. During my research, I also came across hotelkit. I knew right then and there where I wanted to be headed.

From Sales to Tutorial Master

Since sales ultimately did not turn out to be where my true passion lies, I was given the opportunity to gradually devote myself to other tasks. I spiced up our French demo version, took care of translations, and helped wherever there was a need. I soon realized that the new activities were not only great fun but also more in line with who I truly am. Later I was also entrusted with the tutorial project, a steadily growing field to this day. Before I knew it, my job title had changed. I was now a Product Management Assistant. As such, I helped structure translations, took care of our demo releases, and did what I enjoyed most: I created tutorials. The foundation for my future job at hotelkit was laid.

As the demand for tutorial videos in different languages gradually increased, I took the opportunity to move into a coordinating role within the product team. I finally am in a field that suited me, currently as a Junior Product Manager. In this role, I am responsible for organizing the training, translation, and creation process of our tutorial videos, which are now recorded in eight languages and counting. This is a task that requires a lot of focus and attention to detail.

I finally am in a field that suited me, currently as a Junior Product Manager. In this role, I am responsible for our tutorial videos, which are now recorded in eight languages and counting. This is a task that requires a lot of focus and attention to detail.

There’s something new every day and I love it.

My role comprises several key tasks. I coordinate the international tutorials and translations, plan and work closely with the product team about further videos and record English and German videos. As a result, every day on the job is a new adventure. When I have a lot of videos to record, I sit in front of my mic in the recording box for a whole day. Other days, I spend most of my time commissioning translations and updating our individual project plans or training new staff.

I like the coordination and the close cooperation with the team the most. The constant exchange about new ideas and things we can improve or change, also with other team members, is something I find incredibly enriching. It’s always a great feeling when I can finally upload a finished video to our kit after the lengthy process from the first draft of the text to the final polish.

Change and growth – that’s what makes this job exciting!

My own history at hotelkit shows that there is always an opportunity to change and to start down a new path within the company. The tutorial sector has undergone tremendous growth in recent months. It looks like that’s not going to change in the near future. Good for us, because there is still a lot of potential and I’m looking forward to exploiting it together with my great team. On the other hand, I am of course still open to new things. So who knows what will happen when I graduate and can spend more than twenty hours in the office.

The tutorial team is the area of the company that best suits my current life situation as a student, as it offers me the flexibility I need to juggle everything. But the compatibility with student life is not the reason why I work here. If I had only studied for the last two years, I would not be able to look back today and see the world of experience that my job at hotelkit has given me. Working here is so versatile, it challenges both my creativity and my strategic thinking – I’m convinced I’ve found my place.

If I had only studied for the last two years, I would not be able to look back today and see the world of experience that my job at hotelkit has given me. 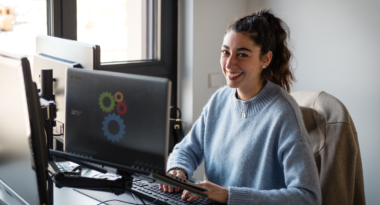 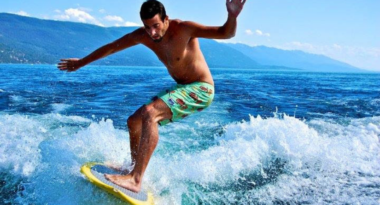 Jordan Hollander, founder of the one and only hotel software platform HotelTechReport, sits down with us to gaze into the crystal ball. What will change, what will stay the same? Will we ever go back to normal and what does the future of hotel tech hold for us? 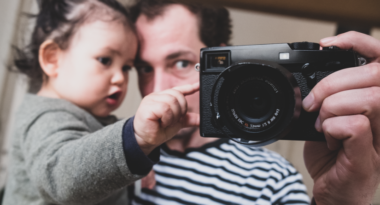 Our social media guy has recently embarked on a new journey: to be the hero of his newborn, Lara. And what better way to start his mission than being “home alone” for two months, so Lara’s mummy can fully focus on her return to work. And since he is always on the lookout for new content, he has written an article on the topic - which for some, still isn’t a common thing - paternity leave.